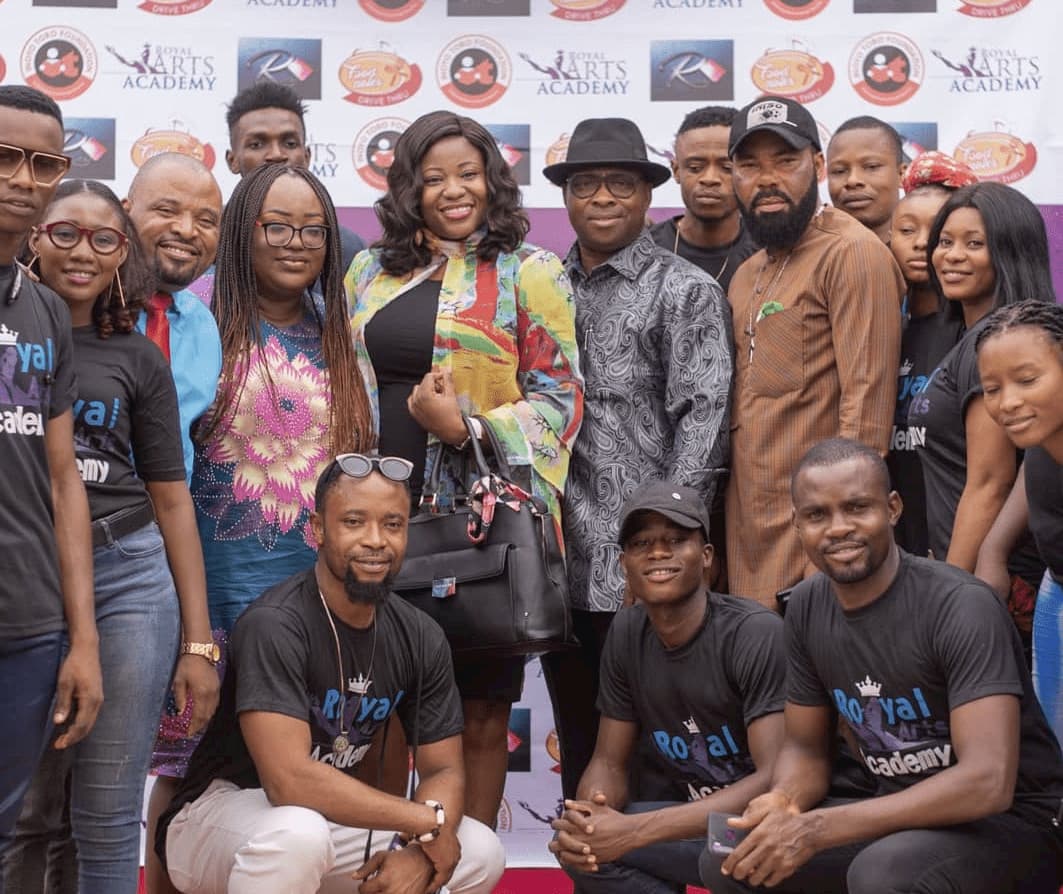 In what appears a major move to broaden the frontiers of the creative and performing arts industry in the State, Royal Arts Academy, in partnership with Inoyo Toro Foundation, has flagged-off the first ever film monotechnic in Akwa Ibom State.

One of Nigeria’s foremost movie producers, script writer and Chief Executive Officer of Royal Arts Academy, Akwa Ibom born Mrs. Emem Isong Misodi noted that the vision behind the inauguration of the Uyo Campus was to create learning solutions in the creative and entertainment industry and open up multiple success opportunities to Akwa Ibom indigenes and residents.

“It’s about the people. That’s why we are here to launch Royal Arts Academy, Uyo. I strongly believe that with this school, Akwa Ibom residents and indigenes now have many more opportunities to move ahead in life.

She further intimated us about her journey. “My first movie was produced in 1995. Later, I started Royal Arts Academy in Lagos to train a new generation of Nollywood actors, producers, directors, writers. Today, Royal Arts Academy has grown into a unique film school, accredited by the Board of Technical Education to operate as a Monotechnic.”

The celebrated English and Ibibio movie maker graciously appreciated the contributions of all stakeholders to the towering success of the Academy and particularly applauded Inoyo Toro Foundation and its partners, for offering complete sponsorship, to 33 pioneer students in Akwa Ibom State. She spoke glowingly of the Foundation’s sponsorship, describing it as a major inspiration to the birthing and berthing of Royal Arts Academy in Uyo.

In his remarks, the Secretary, Board of Trustees of the Inoyo Toro Foundation, Dr. George Akpan, commended the visioner, the lecturers and the facilitators of Royal Arts Academy for its long history of contribution towards fostering creative excellence in the entertainment industry in Nigeria and particularly appreciated the Academy’s effort towards bringing to fruition the first ever film academy in Uyo.

The BOT Secretary who was represented by the Programme Manager Inoyo Toro Foundation, Mrs. Imo Ekong Bassey, stated that the Foundation’s partnership with Royal Arts Academy is borne out of the need to affect the lives of Akwa Ibom youngsters in a whole new way.

There was palpable excitement amongst guests, students and participants at the event when the Foundation’s intent to sustain its sponsorship beyond the maiden set of students, was made public at the occasion.

In their separate remarks, the Akwa Ibom State Commissioner for Information and Strategy, Sir Charles Udo, his counter part of the Culture and Tourism Ministry, Rt. Hon. Orman Esin and the Honourable Commissioner for Trade and Investment, Barr. Prince Akpabio (represented by the Director of Investment, Mr. Okon Esu) applauded the advent of Royal Arts Academy in Akwa Ibom State. They commended the superb contributions of Mrs. Emem Isong and other Nollywood veterans of Akwa Ibom extraction towards projecting the cultural peculiarities of Akwa Ibom State and Nigeria to the world through the production and distribution of quality movies. They applauded all contributors to the berthing of the first ever movie academy in Akwa Ibom State.

High points of the flag-off ceremony included cultural performance by the Udo Mariam troupe, spoken word performance by Dachief and a short play (a theatrical adaptation from Prof. Wole Soyinka’s ‘Trials of Brother Jero’) by students of Royal Arts Academy.