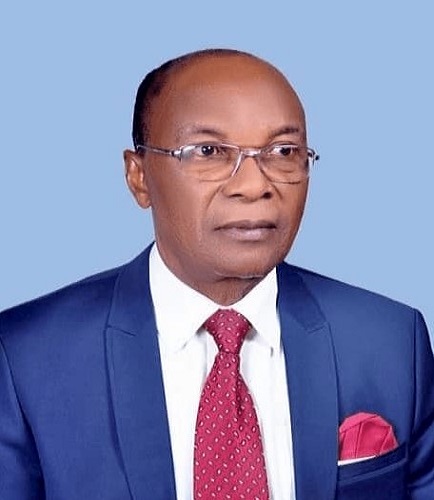 Dr. Enobong E. Joshua, is an Associate Professor and current Head Department of Mathematics at the University of Uyo. He holds a PhD in Applied Mathematics with specialization in Mathematical Modelling of BioSystems from the University of Nigeria, Nsukka (2002). His research interest spans various aspects of mathematical biology and the human system, with over twenty research publications in local and international journals, as well as book chapters. He has successfully supervised postgraduate students’ theses and has served as external and internal examiner for both undergraduate and postgraduate students. He has also developed and nurtured interest in Entrepreneurship Studies. He was the pioneer Head, Department of Computer Science (2009-2011) and later Director, General Studies (2011-2017) in the University of Uyo. He has been at various times the University orator at University Convocation Ceremonies and has served as chairperson or member in various committees in the University of Uyo and elsewhere.

In community service, Dr. Joshua had a tour of duty in Namibia, Southern Africa as a volunteer in the Nigerian Technical Aid Corps Programme, where he coordinated workshops on teacher capacity development in the teaching of Science and Mathematics. He was invited to join the Award and Screening Committee of the Inoyo Toro Foundation at the inception and later became the Chairman in 2013. He is currently a member of the Governing Council, College of Education, Afaha Nsit and of the Akwa Ibom Think Tank on Education (AKTTE) Committee (which is designing a ten-year (2020 – 2030) Education Road Map for the State). He is also on the Boards of some private schools in the State as Chairman or member. He is an educational consultant and a regular conference speaker. He was the keynote Speaker at the 2016 Akwa Ibom State Education Summit. He was also a member of the Central Planning Committee of as well as a Discussant at the 2019 Akwa Ibom State Education Summit and Exhibitions.

An ordained Minister of the gospel, Dr. Joshua loves singing and gospel music, drama and reading. He has travelled wide, within Nigeria and abroad. He is married with children.