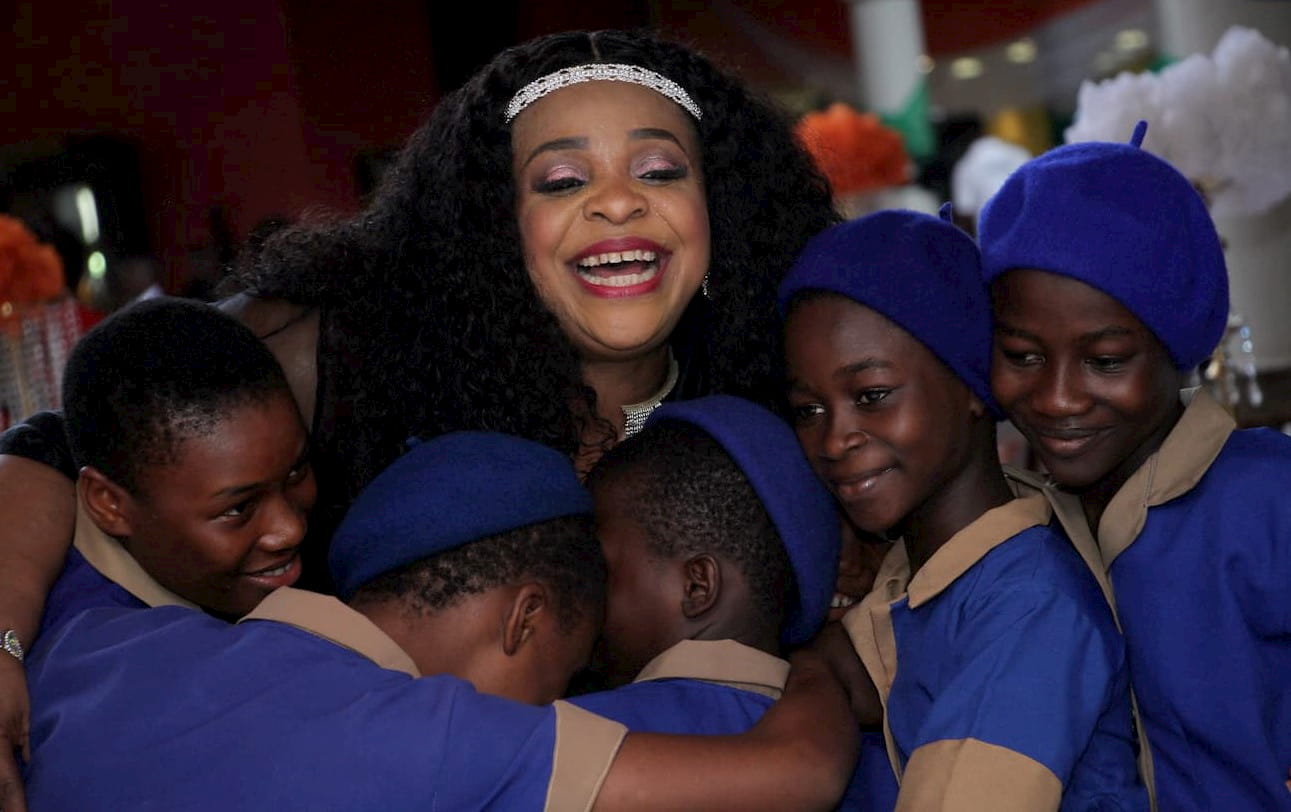 The events marking the 10th anniversary of the Inoyo Toro Foundation were observed in Uyo. In marking this milestone, the Foundation put in place several programmes to create an indelible memory. The occasion was preceded by a drama production. The play, written and directed by Professor Effiong Johnson and performed by staff and students of the Department of Theatre Arts, University of Uyo was titled “Adiaha Obong”. It pitched the resilient affront of Ekondo women against the brazen force of traditional patriarchy”.

The Foundation welcomed contingents from 90 schools for the anniversary event. A leap from the previous year (2016) which recorded 60 school contingents.

The awards program commenced with a welcome speech by the Chairman of the Screening Committee, Dr. Enobong Joshua, who traced the ten year journey of the Foundation and outlined the assessment and selection criteria for the teachers award. He narrated that the quality of assessment for the awardees were dependent, amongst other things on:

The final screening test of the teachers is in two parts vis; a WAEC/NECO curriculum-based aptitude test and an oral interaction between the resource persons and successful candidates based on their performance in the aptitude test. Specific scores given first, second and third prizes. As a result of the scrutiny of the selection process, some prize categories were not awarded this year as no teachers met the recommended scores. This explains the absence of winners for the first and second prizes in English Language and Mathematics, absence of a first prize in Physics, as well as Visual Arts. He called for sponsorship of History to spur interest in its teaching and learning.

The Grand Mentors’ award challenges past winners to produce their kind, through regular mentoring of other teachers in their subject areas. The award attracts a cash prize of N500, 000 (Five hundred thousand naira only). Of the number of mentors invited for this year’s screening event, five were successful in English Language, Biology, Chemistry, Physics and Economics. There was no grand mentor for Mathematics as no mentor attended the screening exercise.