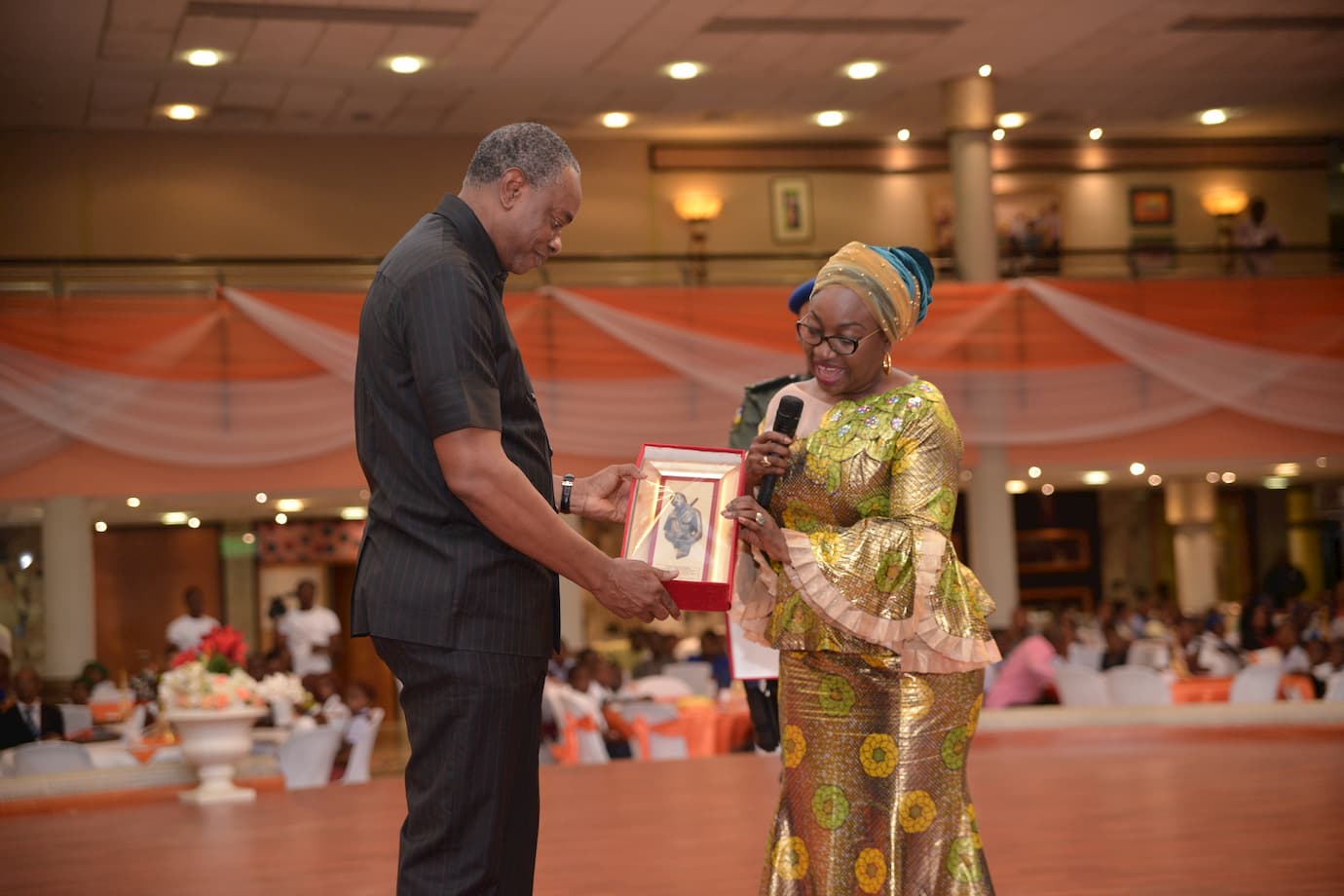 The Inoyo Toro Foundation’s 11th Anniversary celebration took place on Friday, November 2, 2018. The Ibom Hotel and Golf Resort, Uyo was practically shut down for this well-attended event. Students and teachers selected from various public schools in the State converged at the Hotel in order to be part of this yearly event. The events of the day started as usual with the mentoring program. The mentors, professionals drawn from various walks of life, gave the students and teachers titbits on how to make learning, teaching and the general progress possible. Their life’s stories gave inspiration to the students. The mentoring program lasted for an hour and at the end of the segment, contingents from about 87 schools were greatly impacted.

Immediately after the mentoring session, there was a series of pep talks from a few professionals. The audience had the opportunity of hearing from three professionals whose duty was to walk the students through a few words of advice on how to attain their dreams, aspirations and future professional endeavours. These professionals included Ms Imaibeghe Ekpoh, a pilot, Mr. Ntefon M. Akpan an entrepreneur and Dr. Titus Udom, a mentor with the Foundation.

The second segment of the event commenced with a welcome address by Dr. Enobong Joshua, Chairman, Award and Screening Committee of the Foundation. He explained criteria used in the screening process. He stated that based on these criteria there was no winner in the English category this year as no teacher could meet the minimum score. Similarly he stated that there was award in the History category because no candidate showed up for the screening. A few other award categories were lacking in 1st, 2nd or 3rd prize winnings. He disclosed that 203 persons, made up of 194 teachers and 9 principals were invited for screening. However, only 109 teachers attended the selection test. 8 School principals also attended the screening for the Best Principal category. Dr. Joshua appreciated the Foundation’s Founder and the Board of Trustees for their vision and their continued commitment to the noble project. He lamented the decline in the performance of some teachers in a number of award categories. As a result, he assured that the committee is putting in place measures in order to hold the competing teachers to higher standards of performance. He congratulated the year’s award winners and counselled that there is a lot more work to do now to prove their worth and maximize their potentials.

The anniversary event seemed to have had the girl child theme running through the entire speeches, action plans and guest appearances. The earliest indication of the unofficial theme was the setting up of a steering committee to work towards instituting a project for the encouragement of the female child. The committee made up of professional women and a few gentlemen will work with the Foundation’s secretariat to draw up and actualize the mandate.

The Foundation was privileged to have Mrs. Emem Isong Misodi as the Chairperson of the 2018 edition of its annual anniversary. Mrs. Misodi, a renowned movie expert and Founder of the Royal Arts Academy, gave a brief history of her career sojourn and encouraged students to take their studies seriously. It was her summary that any level can be attained as far as hardwork, dedication and passionate pursuit were in place. She thanked the Foundation for the noble concept and promised to give support whenever called upon to do so.

One of the high points of the day’s event was the Keynote Address delivered by Mrs. Winifred Oyo Ita who was the Guest Speaker. Mrs. Oyo Ita, Head of the Civil Service of the Federation began her speech by thanking the Foundation for being invited as the Guest Speaker at the event. She was full of praises for the ‘Visioner’ of the Foundation, Mr. Udom Inoyo. She described what she had seen as truly inspiring and then offered her commitment to support education in at whatever level she could. Mrs Oyo-Ita gave a brief narrative of her life’s story, from appreciating the support she received from her mother, Mrs Angelica Ekpenyong Nyong, to the schools she attended, the teachers who made remarkable impression on her, and how she met with Mrs Ntekpe Inoyo (Chair of Inoyo Toro Foundation) at Queen’s College, Lagos. She however lamented the usual discontent of teachers who, over the years have not been adequately rewarded or compensated for their sacrificial services to the nation.

It was against this background that she encouraged the teachers to remain focused and deliver on their mandates for the benefit of their students. She cautioned governments at all levels to give priority to education and to teacher motivation in order to grow other aspects of the Nation’s economy. At this juncture she marvelled at the encouragement given to education and teachers in some foreign nations where teaching is one of the top paying jobs there. She concluded her speech by appreciating the vision of the Foundation.

Awards were presented in various categories to deserving teachers. There were awards and grand mentor awards in the Mathematics, Physics, Chemistry and Biology categories. This year’s Best Principal’s award went to Mrs. Elizabeth U. Michael, Principal of Holy Trinity College, Mbiakong in Uruan Local Government Area.

This year’s event was acknowledged by a cross-section of students, teachers and guests as a colourful ceremony. The Foundation appreciates all who sacrificed their schedules in order to make it to our event. It looks forward to another impactful anniversary next year.