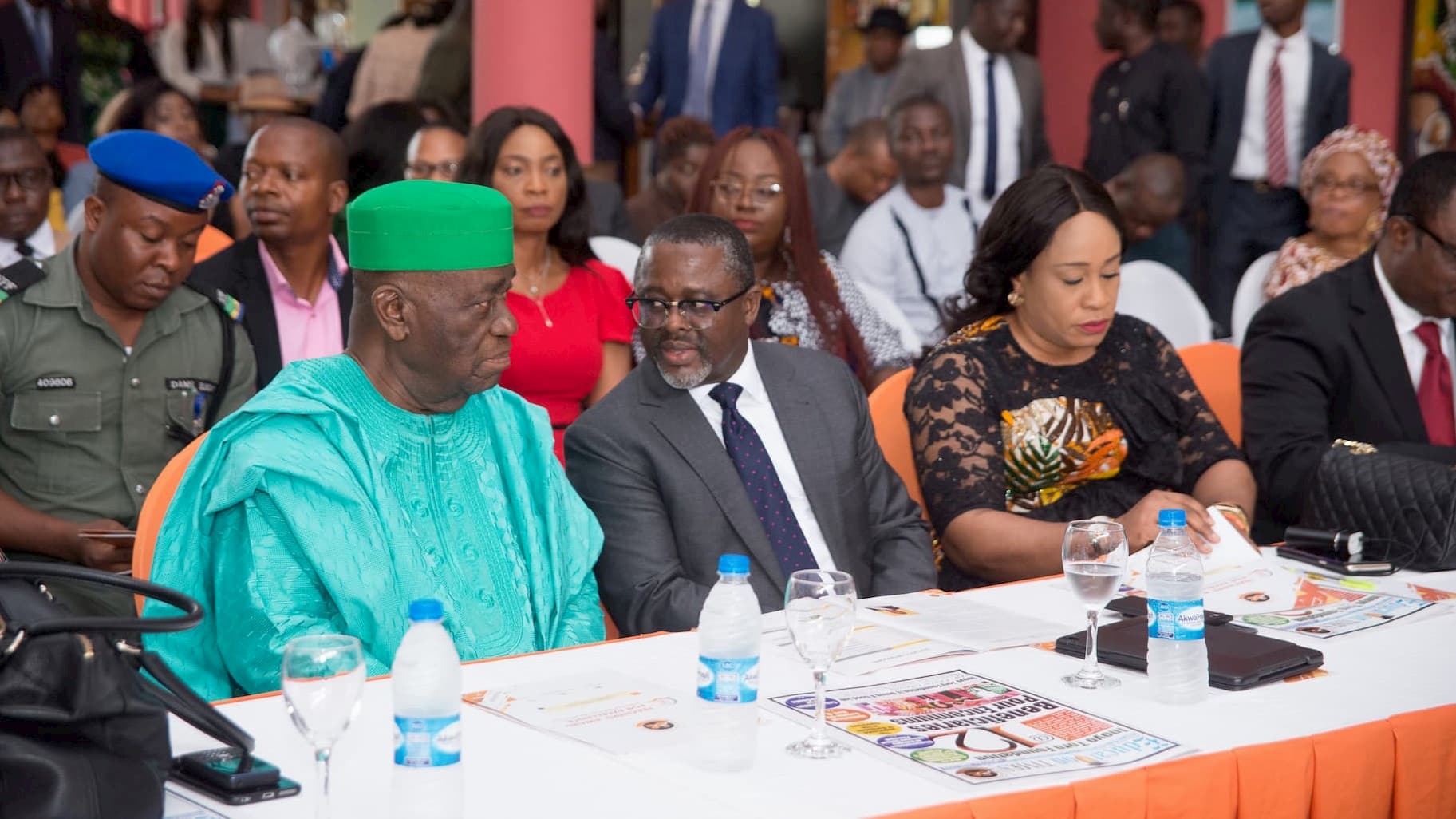 The ceremony to mark the 12th anniversary of the Inoyo Toro Foundation was held on the 8th of November 2019. The event started at 9am with the award ceremonies - a sharp departure from past schedules where the mentoring session for invited schools was usually the first.

The award ceremony was preceded by a welcome address by Dr. Enobong Joshua, Chairman of the Foundation’s Award and Screening Committee. Dr. Joshua used the opportunity to reiterate the fact that the Foundation has used the past 12 years striving to complement the effort of the Government of Akwa Ibom State in proffering solutions that would galvanize the education sector for greater productivity. He stressed the fact that the motivation of teachers is the key to overall students’ achievements. This motivation would include retraining and financial rewards for excellence, a corner stone of the Foundation’s initiative in the past 12 years. He stated that the 2019 awards covered the subjects, Mathematics, English language, Physics, Chemistry and Biology. Following the criteria for the award there was no 1st place winner for Mathematics in 2019.

Mr Moses Ekpo, the Deputy Governor, represented the State Governor, His Excellency, Mr. Udom Emmanuel, at the event. In his speech, the Governor thanked Mr. Udom Inoyo and his wife Ntekpe, for spearheading this cause in continually rewarding and motivating teachers. He commended the Foundation’s zeal and passion and affirmed government’s willingness to work with it the Foundation in order to enable our students prepare for the complexities of a globalised world where competition is fierce and technology drives progress.

Mr. Aniekan Ukpanah, Managing Partner of the Law Firm of Udo Udoma and Belo Osagie, was Chairman on the occasion. In his speech, Barr. Ukpana stated his long standing interest in the ideals and progress of the Foundation. He recalled how in the past, students had to burn the midnight candle as they prepared for examinations and urged them the present students to be committed to their studies. He also had a word of advice for teachers, urging them to take responsibility in guiding their students. He applauded the teachers and principal who were awarded prizes and called on politicians to join hands with the Foundation and other stakeholders in advancing the cause of education.

The State Hon.Commissioner for Education, Prof. Nse Essien who was in attendance at the event stated, in his remarks, the focus of the state government in developing Technical Education Training (TET), science education and infusion of digital technologies and skills into the education system. This, he said, will produce the next generation of skilled workforce and entrepreneurs to cater for the state’s budding industrial revolution. He also emphasized the State Government’s readiness to partner with like-minded NGOs like the Inoyo Toro Foundation to improve the quality of education in Akwa Ibom State.

The year’s Keynote Address was phenomenal. It was delivered by Mrs. Ini Abimbola, who used the speech to challenge the students and teachers to work hard and be proud of their roots. She took the audience through her life’s story, which was essentially a classic instance of having risen from grass to grace. She had a word of advice for government and successful individuals, urging them to encourage the development of the youth and the projection of the Akwa Ibom brand.

A total of 23 teachers received awards at the event. A school principal, Mrs Excel Favour Iniunam who had excelled in pushing the academic and administrative advancement of her former institution, Mary Hanney Girls Secondary School, Oron, was also recognised. A total of N5,000,000.00 (Five Million Naira Only) was disbursed on the occasion in order to encourage teachers and incentivize them to put in more commitment to their chosen profession.

The mentoring clinic between the mentors and their students kicked off as soon as the awards were completed. The students were charged by their mentors to keep working hard and strive to be all they desired to be in life as excellence proceeds from a place of diligence.

More from the event